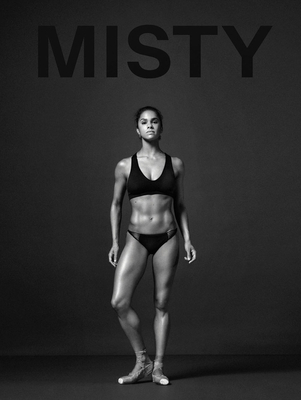 A collaborative portrait of the renowned American ballet dancer

Henry Leutwyler is certainly no stranger to the art of ballet--for many years he photographed on stage and behind the scenes at the New York City Ballet, culminating in his book Ballet, since published by Steidl in two editions. Yet Misty Copeland pushes Leutwyler's vision into a new direction: neither a strict portrait of the renowned ballerina nor a mere documentation of her exceptional craft, this is an intimate collaboration between photographer and subject that explores the subtleties of Copeland as a performer, person, persona and idol.

Born in Kansas City, Missouri, and raised in San Pedro, California, Copeland's biography has all the arc of a fairy tale: she was living in a shabby hotel room, struggling with five siblings for a place to sleep on the floor, when she began ballet studies at the late age of 13. She soon proved a prodigy: within three months of her first class she was dancing en pointe, in just over a year she was performing professionally. In 2015 she became the first African American woman appointed principal dancer at the prestigious American Ballet Theater in the 75 years of its existence. In Copeland's own words: "The path to your success is not as fixed and inflexible as you think." Born in 1961 in Switzerland, Henry Leutwyler moved to Paris in 1985 and established himself there as an editorial photographer. In 1995 he moved to New York City where he lives and works today. His books with Steidl are Neverland Lost: A Portrait of Michael Jackson (2010), Ballet: Photographs of the New York City Ballet (2012), Document (2016), Hi there (2020) and the forthcoming Philippe Halsman: A Photographer's Life.