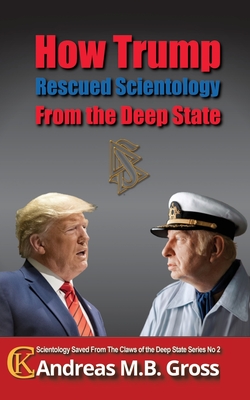 In this book you'll discover a history kept from the media for 50 years that's more intriguing than the Scientology scandals used to keep it hidden.

Step into a world where out-of-body travel (remote viewing), telekinesis and extrasensory perception became a teachable technology. A technology so powerful it threatened the balance of the Cold War, and prompted American three-letter-agencies to stop at nothing in order to have it for themselves.

Find out the real story behind what happened to Scientology for it to become what it is today. What really happened to L. Ron Hubbard in 1972, when he stopped making public appearances. And how President Trump is setting the story straight. Are we using this opportunity to turn the tide?

The Author and Computer-Engineer Andreas M. B. Gross is living with his family in Zug, in Central-Switzerland. He reached the highest levels in Scientology, is an opinion leader in the field and was trained up to Class VI Auditor.