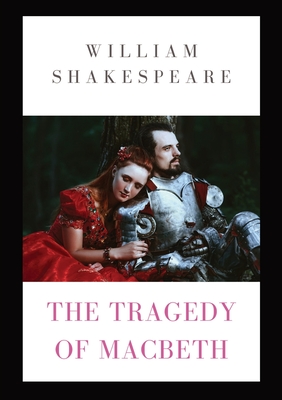 Macbeth (full title The Tragedy of Macbeth) is a tragedy by William Shakespeare it is thought to have been first performed in 1606.It dramatises the damaging physical and psychological effects of political ambition on those who seek power for its own sake. Of all the plays that Shakespeare wrote during the reign of James I, who was patron of Shakespeare's acting company, Macbeth most clearly reflects the playwright's relationship with his sovereign. It was first published in the Folio of 1623, possibly from a prompt book, and is Shakespeare's shortest tragedy.A brave Scottish general named Macbeth receives a prophecy from a trio of witches that one day he will become King of Scotland. Consumed by ambition and spurred to action by his wife, Macbeth murders King Duncan and takes the Scottish throne for himself. He is then wracked with guilt and paranoia. Forced to commit more and more murders to protect himself from enmity and suspicion, he soon becomes a tyrannical ruler. The bloodbath and consequent civil war swiftly take Macbeth and Lady Macbeth into the realms of madness and death.Shakespeare's source for the story is the account of Macbeth, King of Scotland, Macduff, and Duncan in Holinshed's Chronicles (1587), a history of England, Scotland, and Ireland familiar to Shakespeare and his contemporaries, although the events in the play differ extensively from the history of the real Macbeth. The events of the tragedy are usually associated with the execution of Henry Garnet for complicity in the Gunpowder Plot of 1605.In the backstage world of theatre, some believe that the play is cursed, and will not mention its title aloud, referring to it instead as "The Scottish Play". Over the course of many centuries, the play has attracted some of the most renowned actors to the roles of Macbeth and Lady Macbeth. It has been adapted to film, television, opera, novels, comics, and other media.The play opens amid thunder and lightning, and the Three Witches decide that their next meeting will be with Macbeth. In the following scene, a wounded sergeant reports to King Duncan of Scotland that his generals Macbeth, who is the Thane of Glamis, and Banquo have just defeated the allied forces of Norway and Ireland, who were led by the traitorous Macdonwald, and the Thane of Cawdor. Macbeth, the King's kinsman, is praised for his bravery and fighting prowess.In the following scene, Macbeth and Banquo discuss the weather and their victory. As they wander onto a heath, the Three Witches enter and greet them with prophecies. Though Banquo challenges them first, they address Macbeth, hailing him as "Thane of Glamis," "Thane of Cawdor," and that he will "be King hereafter." Macbeth appears to be stunned to silence. When Banquo asks of his own fortunes, the witches respond paradoxically, saying that he will be less than Macbeth, yet happier, less successful, yet more.