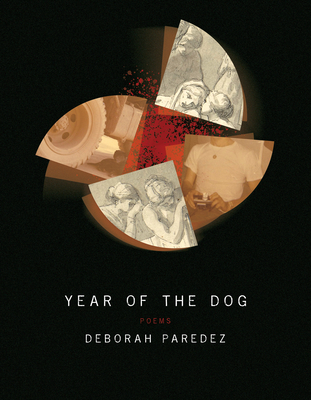 In the tradition of women as the unsung keepers of history, Deborah Paredez's second poetry collection tells her story as a Latina daughter of the Vietnam War.

The title refers to the year 1970--the "year of the Metal Dog" in the lunar calendar--which was the year of the author's birth, the year her father prepared to deploy to Vietnam along with many other Mexican-American immigrant soldiers, and a year of tremendous upheaval across the United States. Images from iconic photographs and her father's snapshots are incorporated, fragmented, scrutinized, and reconstructed throughout the collection as Paredez recalls untold stories from a war that changed her family and the nation.

In poems and lamentations that evoke Hecuba, the mythic figure so consumed by grief over the atrocities of war that she was transformed into a howling dog, and La Llorona, the weeping woman in Mexican folklore who haunts the riverbanks in mourning and threatens to disturb the complicity of those living in the present, Paredez recontextualizes the historical moments of the Vietnam era, from the arrest of Angela Davis to the haunting image of Mary Ann Vecchio at the Kent State Massacre, never forgetting the outcry and outrage that women's voices have carried across time.

Deborah Paredez is a poet, performance scholar, and cultural critic. Her poetry and prose explore the workings of memory, the legacies of war, and feminist elegy. She is author of the critical study, Selenidad: Selena, Latinos, and the Performance of Memory (Duke University Press, 2009) and of the poetry collection This Side of Skin (Wings Press, 2002). She also serves as Series Co-Editor of the CantoMundo Poetry Book Prize awarded annually to a collection by a Latinx poet. Her poetry and essays have appeared in a range of publications including The New York Times, Los Angeles Review of Books, Boston Review, Poetry, Poet Lore, and the anthology, Inheriting the War: Poetry and Prose by Descendants of Vietnam Veterans and Refugees (Norton 2018). Paredez received her PhD in Interdisciplinary Theatre and Performance at Northwestern University and her BA in English at Trinity University. Her work has been shaped by her encounters with women of color, feminism, formalist poetry, diva performances, and by her experiences as the daughter of a Vietnam veteran immigrant father and a mother whose nursing skills could patch up many wounds. Born and raised in San Antonio, she has lived on both coasts, endured a handful of Chicago winters, and taught American poetry in Paris. She currently lives with her husband, historian Frank Guridy, and their daughter in New York City where she is a professor of creative writing and ethnic studies at Columbia University and Co-Founder and Co-Director of CantoMundo, a national organization for Latina/o poets.