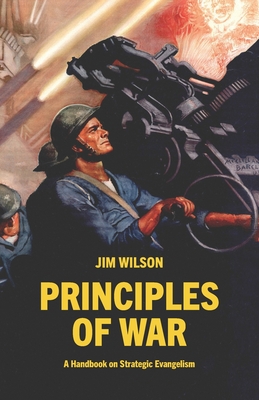 Evangelism is war. Fight to win. In war, there are certain principles which, if followed, always tend toward success and, if neglected or ignored, will tend toward defeat or even destruction. These are called the principles of war. Not all warfare is waged on a battlefield. In Principles of War, longtime evangelist and preacher Jim Wilson outlines the principles of war and explains how we can employ them in our daily spiritual battles as we fight a war our commander in chief has already won for us. Our enemy is Satan, our objective is the fulfillment of God's commands, and our ammunition is the power of the Holy Spirit. The Christian, clothed in the armor of God and applying these principles, is an army, a communication system, a weapon to be used to the glory of God. Principles of War is the first book in Jim's evangelism series, followed by Weapons and Tactics and Taking Men Alive.