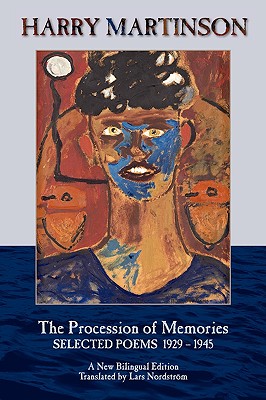 Fatherless and abandoned by his mother at age six, Nobel Laureate, Harry Martinson, grew up mostly in rural foster homes in the south of Sweden in the early years of the 20th century. He left school at thirteen and became a sailor and vagabond--a global nomad--at sixteen. After permanently leaving the sea in 1927, he began to transform the story of his life into art. He painted, wrote poetry, autobiography, fiction, drama and essays. Using imagery and language that was fresh and striking, readers found his books moving and appealing, and he quickly wrote himself into the hearts of Scandinavian readers. Today, Martinson is still a widely read author in Sweden and new translations of his work continue to find readers around the world. In this bilingual edition (Swedish and English), translator Lars Nordstrom introduces the reader to Martinson's early work as a poet. None of the sixty poems included here have ever been translated into English previously. Martinson's painting, a self-portrait entitled Portrait of a Stoker, graces the book's cover and inside is a sketch of Martinson by the Swedish artist, Arne Cassell.