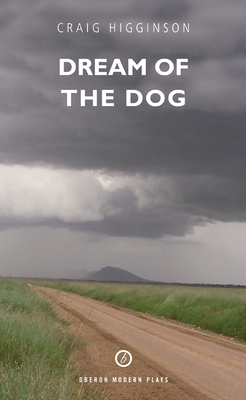 KwaZulu-Natal, South Africa, shortly after the millennium. Patricia and Richard Wiley, an elderly white couple, are packing up to leave the farm they've sold to developers. Their preparations are interrupted by the arrival of a young man - 'Look Smart' - who used to be one of the black workers on their estate until he disappeared fifteen years ago. The day before Look Smart left, something terrible happened on the Wileys' farm. But everyone has a different memory of the dreadful event and their own role in it. As the different accounts of their shared past are unravelled, they are all forced to confront their own versions of the truth - with shocking ramifications for their lives today.

Dream of the Dog is a richly textured and complex story of South Africa's emerging democracy, and its continued negotiation with its past in order to find a workable identity for its future. Critically acclaimed in South Africa, this new play takes an unflinching look at the twin mantras of the post-Mandela age - reconciliation and forgiveness - as it asks whether black and white can ever live together peacefully.

CRAIG HIGGINSON is a novelist, playwright and theatre director. Currently he is the Literary Manager of the Market Theatre in Johannesburg and teaches writing at the University of the Witwatersrand.

A masterful memory play by Craig Higginson”Time Out ****

Higginson’s well crafted script of 90 gripping minutes. is both an allegory of Apartheid South Africa and a moving story in its own right”British Theatre Guide

"a massive, unmissable hit... An evening fit to grab you by the throat. 5 stars" - Dominic Cavendish, The Telegraph

One of the most perfect one-act plays I’ve seen in ages.”Independent