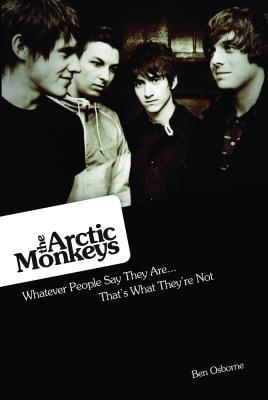 Coming ten years after the group's first appearance, Whatever People Say They Are... That's What They're Not is the first comprehensive biography of Arctic Monkeys, the greatest British group of the internet age.

It's the story of a talented group of hip-hop loving school friends from Sheffield who entered the music scene just in time to become the first band to be propelled to stardom by online community groups. They qualified as the fastest-selling British group ever, with all four of their albums going straight to Number One.

Ben Osborne's biography charts the band's early years in the suburbs and their fast-track success as Arctic Monkeys. He identifies the sometimes overlooked people who helped shape the band's music and career - a career which hit a high point with a performance to an audience of over 27 million at the 2012 Olympics.

Ben Osborne is a writer, DJ, musician and founder of the Noise of Art art collective. He has presented an electronic music show on Xfm, was one of the original presenters on NME Radio and has written for The Guardian and The Times amongst others titles. He is the author of The A-Z of Club Culture, a critically acclaimed book about electronic music.

Veteran writer, musician, club and radio DJ and music journalist, Ben Osborne was one of the original radio presenters for London's XFM. He has written extensively for "The Guardian, Music Week, DJ Magazine "and contributed to "The Times," independent on Sunday and many other publications."