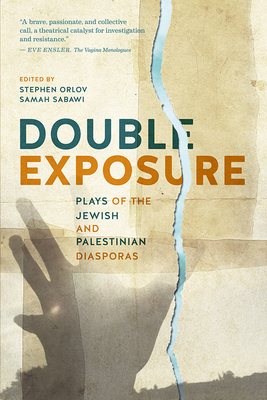 A groundbreaking anthology of plays about the Israel-Palestine conflict penned by diaspora playwrights of Jewish and Palestinian decent. This volume of seven plays varies in genre between drama and comedy, in aesthetic between realism and surrealism, and in setting between the diasporas and Israel/Palestine, offering distinct perspectives that turn the political into the personal.

Stephen Orlov is a Montreal-based award-winning dramatist, whose plays have been showcased in such major theatre centres as Chicago and London. His plays include Isolated Incident (with Rahul Varma), Bow Ties, Salaam-Shalom, Sperm Count, Birthmark, and Freeze, which will be published by Guernica Editions later this year. Stephen leads master classes, most recently for the National Arts Festival of Saint Lucia and the Osher Program at Dartmouth College. Samah Sabawi is an Australian Canadian poet, playwright, commentator, and essayist originally from Palestine. She has written Cries from the Land, Three Wishes, and Tales of a City by the Sea, which was selected for the 2016 VCE Drama List.