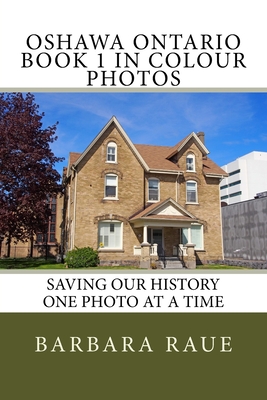 Oshawa is a city in Southern Ontario on the Lake Ontario shoreline. It is about sixty kilometres east of Downtown Toronto. The name Oshawa comes from the Ojibwa word meaning "the crossing place" or "where we must leave our canoes". More than 5,000 people work and more than 2,400 university students study in the downtown core.Oshawa's roots are tied to the automobile industry with the Canadian division of General Motors located here. It was founded in 1876 as the McLaughlin Carriage Company. The lavish home of the carriage company's founder, Parkwood Estate, is a National Historic Site of Canada.Historians believe that Oshawa began as a transfer point for the fur trade. Beaver and other animals trapped for their pelts by local natives were traded with the Coureurs des bois (voyagers). Furs were loaded onto canoes by the Mississauga Indians at the Oshawa harbor and transported to the trading posts located to the west at the mouth of the Credit River. Around 1760, the French constructed a trading post near the harbor location; this was abandoned after a few years, but its ruins provided shelter for the first residents of what later became Oshawa.In the late eighteenth century a local resident, Roger Conant, started an export business shipping salmon to the United States. His success attracted further migration into the region. A large number of the founding immigrants were United Empire Loyalists, who left the United States to live under British rule. Later Irish and then French Canadian immigration increased as did industrialization. Oshawa and the surrounding Ontario County were the settling grounds of a large number of nineteenth century Cornish immigrants. The surveys ordered by Governor John Graves Simcoe, and subsequent land grants, helped populate the area. When Col. Asa Danforth laid out his York-to-Kingston road, it passed through the Oshawa area.In 1822, a "colonization road" (a north-south road to facilitate settlement) known as Simcoe Street was constructed. It ran from the harbor to the area of Lake Scugog. It intersected the "Kingston Road: at what became Oshawa's "Four Corners."In 1846 there were about 1,000 people in a community surrounded by farms. There were three churches, a post office, tradesmen of various types, a foundry, a grist mill and a fulling mill, a brewery, two distilleries, a machine shop and four cabinet makers.The newly established village became an industrial center, and implement works, tanneries, asheries and wagon factories opened. In 1876, Robert Samuel McLaughlin, Sr. moved his carriage works to Oshawa from Enniskillen to take advantage of its harbor and of the availability of a rail link not too far away. He constructed a two-storey building, which was soon added to. This building was heavily remodeled in 1929, receiving a new facade and being extended to the north. Around 1890, the carriage works relocated from its Simcoe Street address to an unused furniture factory a couple of blocks to the northeast, and this remained its site until the building burnt in 1899. Offered assistance by the town, McLaughlin chose to stay in Oshawa, building a new factory across Mary Street from the old site. Rail service had been provided in 1890 by the Oshawa Railway; this was originally set up as a streetcar line, but by about 1910 a second freight line was built slightly to the east of Simcoe Street which provided streetcar and freight service, connected central Oshawa with the Grand Trunk (now Canadian National) Railway, and with the Canadian Northern (which ran through the very north of Oshawa) and the Canadian Pacific, built in 1912-13.