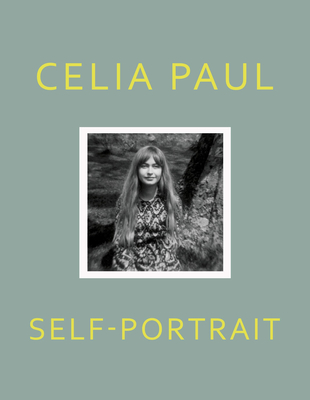 A rich, penetrating memoir about the author's relationship with a flawed but influential figure—the painter Lucian Freud—and the satisfactions and struggles of a life lived through art.

One of Britain's most important contemporary painters, Celia Paul has written a reflective, intimate memoir of her life as an artist. Self-Portrait tells the artist's story in her own words, drawn from early journal entries as well as memory, of her childhood in India and her days as a art student at London's Slade School of Fine Art; of her intense decades-long relationship with the older esteemed painter Lucian Freud and the birth of their son; of the challenges of motherhood, the unresolvable conflict between caring for a child and remaining commited to art; of the "invisible skeins between people," the profound familial connections Paul communicates through her paintings of her mother and sisters; and finally, of the mystical presence in her own solitary vision of the world around her.

Self-Portrait is a powerful, liberating evocation of a life and of a life-long dedication to art.

Celia Paul was born in 1959 and studied at the Slade School of Fine Art. Her work has been exhibited internationally and is in the collections of the British Museum, the National Portrait Gallery (London), and the Metropolitan Museum of Art. Her major solo exhibitions include Celia Paul, curated by Hilton Als, at the Yale Center for British Art (2018) and the Huntington Art Museum, San Marino, California (2019); and Desdemona for Celia by Hilton at Gallery Met, New York (2015–16). Her work was included in the group exhibition All Too Human at Tate Britain (2018). She lives and works in London.

“[T]hat is the duality of Paul’s life: She experiences art both as a woman and an artist. The two identities are inextricable from one another, and the tension between the two poles is electric. . . . Self-Portrait is a beautifully written bildungsroman, a ‘portrait of the artist’ as a young woman. It is also, more uniquely, a powerful resource for artists who face the dueling responsibilities of creation and caregiving. You don’t have to be a woman or a mother to feel this friction.” —Jessica Ferri, Los Angeles Times

“Self-Portrait is not an exercise in setting the record straight, the unvarnished truth about a great man. Nor is it the work of an artist’s muse, speaking up at last. It’s an account of a life so rigorously dedicated to art and family that fame seems beside the point. . . . Self-Portrait documents a woman learning to trust—not Freud, not other artists, but herself. . . . As a writer, [Paul is] possessed of a heightened sensibility, a particular vantage on to the world. . . . Celia Paul is a more gifted writer than she has any business being; it’s almost unfair. . . . Self-Portrait reads like a novel.” —Rumaan Alam, The New Republic

“Captivating . . . Paul writes about her struggle to love someone while dedicating herself to her painting, explaining in her prologue that she hopes her book will ‘speak to young women artists — and perhaps to all women — who will no doubt face this challenge in their lives at some time and will have to resolve this conflict in their own ways.’ . . . Self-Portrait reveals an abjection that declines to announce itself as such. . . . The arc of Paul’s story is not one of triumph, but endurance.” —Jennifer Szalai, The New York Times

“Self-Portrait demonstrates a painter's startling command of language and her moral power of seeing the world concretely and without subjectivity. Celia Paul's account of the young woman artist's struggle towards expression is a story that exposes some of the deepest wounds in our cultural psyche: the ambiguous power of the male artist, the vulnerability and isolation of the woman driven to create, the question of who owns her, of her very body and what it's for. Written with beauty and candour but without anger, Self-Portrait will yet arouse indignation in its readers, for its delicate exposure of what occurs in the pursuit and misuse of artistic status.” —Rachel Cusk

“Self-Portrait will go some way to clearing that mist [of misogyny] from the world of portraiture, and might also act as gentle intervention, intended for the kind of young girl tempted to swap self-realization for external validation.” —Zadie Smith, The New York Review of Books

“An insight into the white-knuckle determination needed to make great art, and why it is so few women painters reach the heights. An astoundingly honest book, moving and engrossing—full of truths.” —Esther Freud

“I loved the painter Celia Paul's memoir Self-Portrait. It's fascinating for its account of her long-term lover Lucian Freud . . . but it's also painfully honest on what it means to be a woman who puts art first, no matter what.” —Olivia Laing, New Statesman

“The publication of this, her first book, is of great significance. . . . Having recently returned to writing again, she has found a new confidence, in words, in herself and in her painting.” —Frances Spalding, The Guardian

“Self-Portrait made me think of two recent, elliptical autobiographical projects that refuse to conform to traditional notions of intimate disclosure: Rachel Cusk’s autofiction trilogy . . . and Joanna Hogg’s film The Souvenir. . . . Like Cusk and Hogg, Paul plays with the balance between confession and dispassion. In their different ways, all three are challenging our ideas about how autobiography works. There’s something tremendously refreshing about Paul’s lack of sensationalism. . . . Self-Portrait is both the obvious extension of Paul’s oeuvre, and a powerful, urgent and essential depiction of what it is to be a woman artist.” —Lucy Scholes, The Daily Telegraph

“A story of obsession and manipulation that sends our feelings on a rollercoaster. . . . [Self-Portrait] turns into a sort of myth about the misuse of fame and the male ego, about the struggles faced by creative women, about the body in all its guises. Like a myth, it unfolds with confusions and contradictions, a terrible inevitability and many, many discomfiting truths.” —Jan Dalley, Financial Times

“Paul is one of the most thoughtful and significant living women artists and Self-Portrait helps suggest why. . . . Her painting and writing are of a piece — closely observed, not seeking to flatter, and with people always as her focus.” —Michael Prodger, The Sunday Times’s ‘Books of the Year’

“The painter Paul’s captivating memoir is an account of her life and her work — or, more precisely, of her attempts to realize the possibilities of each despite the constraints thrown up by the other. . . . The arc of her story is not one of triumph, but endurance.” — Jennifer Szalai, 'Times Critics Top Books of 2020', The New York Times