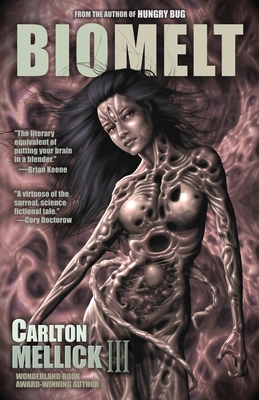 By III Mellick, Carlton
Email or call for price

Nobody goes into the Wire District anymore. The place is an industrial wasteland of poisonous gas clouds and lakes of toxic sludge. The machines are still running, the drone-operated factories are still spewing biochemical fumes over the city, but the place has lain abandoned for decades.

When the area becomes flooded by a mysterious black ooze, six strangers find themselves trapped in the Wire District with no chance of escape or rescue. Banding together, they must find a way through the sea of bio-waste before the deadly atmosphere wipes them out. But there are dark things growing within the toxic slime around them, grotesque mutant creatures that have long been forgotten by the rest of civilization. They are known only as clusters--colossal monstrosities made from the fused-together body parts of a thousand discarded clones. They are lost, frightened, and very, very hungry.