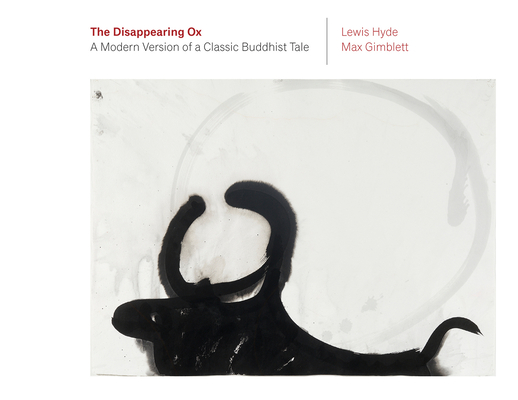 MacArthur Fellow Lewis Hyde and painter Max Gimblett collaborate to create a modern American version of the twelfth-century Chinese "Oxherding Series." As Lewis Hyde writes, "There are ten drawings, the first of which shows a young herder who has lost the ox he is supposed to be tending. In subsequent images he finds the ox's tracks, sees the beast itself, tames it, and rides it home. In the seventh drawing the ox disappears...it was a metaphor for something, not to be mistaken for the thing itself." In dialogue with Gimblett's paintings and the Chinese text, Hyde's revolutionary approach provides three different English-language versions to the same poem: a one-word response, a second version that adds just enough for complete sentences, and the third adds poetic embellishment. Combining Chinese text, visual art, and multiple English translations, The Disappearing Ox, is a fluid, multilayered reading experience.

Lewis Hyde is a celebrated poet, translator, essayist, and cultural critic. Hyde has been the recipient of a MacArthur fellowship, a Guggenheim fellowship, and a Lannan Literary fellowship. Hyde is a former professor of creative writing and American literature at Kenyon College, and former director of undergraduate writing at Harvard University. In previous works like The Gift (1983), Trickster Makes This World (1998), and Common as Air (2010), Hyde explores the role of art in cultural imagination, defending the non-commerciality of artistic practice and exploring the ways ideas from the past inform the present. Hyde's most recent book, A Primer for Forgetting (2019), investigates when forgetfulness might be more useful than memory. Hyde is a trustee of the MacDowell Colony and a founding director of the Creative Capital Foundation. He lives in Cambridge, Massachusetts with his wife, the writer Patricia Vigderman.