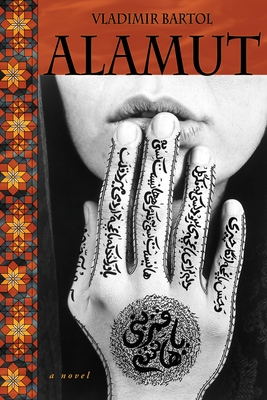 Alamut takes place in 11th Century Persia, in the fortress of Alamut, where self-proclaimed prophet Hasan ibn Sabbah is setting up his mad but brilliant plan to rule the region with a handful of elite fighters who are to become his "living daggers." By creating a virtual paradise at Alamut, filled with beautiful women, lush gardens, wine and hashish, Sabbah is able to convince his young fighters that they can reach paradise if they follow his commands. With parallels to Osama bin Laden, Alamut tells the story of how Sabbah was able to instill fear into the ruling class by creating a small army of devotees who were willing to kill, and be killed, in order to achieve paradise. Believing in the supreme Ismaili motto “Nothing is true, everything is permitted,” Sabbah wanted to “experiment” with how far he could manipulate religious devotion for his own political gain through appealing to what he called the stupidity and gullibility of people and their passion for pleasure and selfish desires.

The novel focuses on Sabbah as he unveils his plan to his inner circle, and on two of his young followers — the beautiful slave girl Halima, who has come to Alamut to join Sabbah's paradise on earth, and young ibn Tahir, Sabbah's most gifted fighter. As both Halima and ibn Tahir become disillusioned with Sabbah's vision, their lives take unexpected turns.

Alamut was originally written in 1938 as an allegory to Mussolini's fascist state. In the 1960's it became a cult favorite throughout Tito's Yugoslavia, and in the 1990s, during the Balkan's War, it was read as an allegory of the region's strife and became a bestseller in Germany, France and Spain. Following the attacks of September 11, 2001, the book once again took on a new life, selling more than 20,000 copies in a new Slovenian edition, and being translated around the world in more than 19 languages. This edition, translated by Michael Biggins, in the first-ever English translation.

Vladimir Bartol (1903-1967) was a Slovene intellect and journalist living in the Trieste region of Italy prior to World War II. An early follower of Jung and Freud, and Slovenia's first translator of Nietzsche, Bartol wanted to fuse psychology and literature with the story of the world's first terrorist to tell the story of Mussolini. Bartol's view of Mussolini was ambiguous; he originally wanted to dedicate Alamut to the dictator, but was convinced otherwise by his publisher. Bartol spent nearly a decade writing Alamut, which was the first book of a projected trilogy. He went on to write several minor works, short stories and plays, but never wrote another novel. He died in 1967.

“If Osama bin Laden did not exist, Vladimir Bartol would have invented him.”—L’Express“...an epic novel of conspiracies, love stories, and subtle religious and philosophical subtexts that bravely confronts the issue of political extremism.”—Ricardo Arturo Ríos Torres, La Prensa“...an adventure story from 1938 which transforms itself ... into a nightmare novel of the new century.”—Oliver Maison, Journal de la Culture"This new edition of Alamut is gorgeous...a fascinating historical drama that triumphs in its exploration of modern themes."—The Midwest Book Review