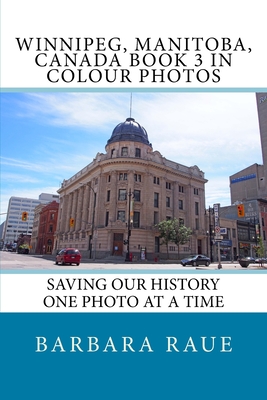 The Exchange District is in downtown Winnipeg just north of Portage and Main. It derives its name from the Winnipeg Grain Exchange, the center of the grain exchange in Canada. The Exchange District is the historic center of commerce in Western Canada. The District developed from the banks of the Red River at the foot of Bannatyne and Dermot Avenues. Most commercial traffic came along the Red River from St. Paul, Minnesota where the nearest rail line passed. Goods were shipped to Winnipeg by steamer during high water in spring.Through the Winnipeg Grain Exchange, the city was linked to other major financial centers of London, Liverpool, New York and Chicago. Most Canadian financial institutions established their Western Canadian headquarters in Winnipeg and by 1910 there were almost twenty banking halls and offices on Main Street between City Hall and Portage Avenue. Many Winnipeg-based financial companies were also established.At the turn of the century, Chicago was the center of North American architecture. Louis Sullivan developed the first steel frame and reinforced concrete buildings. Sullivan used stone and terra cotta on the exterior, suspended by metal shelves bolted to the frame. He favored terra cotta with simple details which complimented rather than completely covered the surface as in earlier heavily-detailed styles. John D. Atchison was the foremost Chicago School architect in the city.St. Boniface is a Winnipeg neighborhood on the east side of the Red River. It is the heart of Franco-Manitoban culture, a place indelibly tied to the foundation of the province, a Western Canadian hub of francophone culture and an important site in the history of the M tis people. For much of its history the area was an independent municipality with its own culture and roots. St. Boniface has played a key role in the development and growth of Winnipeg. The architecture of St. Boniface embodies a wide span of cultural, religious and economic history.The area around the forks of the Red and Assiniboine Rivers was a site for camping, trading and other activities by indigenous peoples. In the late-eighteenth and early-nineteenth centuries land to the west of the Red River had several European settlements, including Forts Rouge, Gibraltar and Douglas and the Red River Colony. The roots of the present St. Boniface can be found in these years. In the early-nineteenth century the area was settled by groups of M tis fur traders and mercenaries hired to protect the Red River Colony; the latter included the German-Swiss De Meurons regiment.In 1817 Jean-Baptiste Lagimodiere and his wife Marie-Anne Gaboury settled on Seine River lots granted to them by Lord Selkirk. They were the first white couple to settle in the northwest. They became the grandparents of Louis Riel. Near them settled the Des Meurons troops that Selkirk brought with him from Montreal to oppose the North West Company forces. In 1818-19 Father Provencher and Demoulin established here the first permanent school and mission in the west.