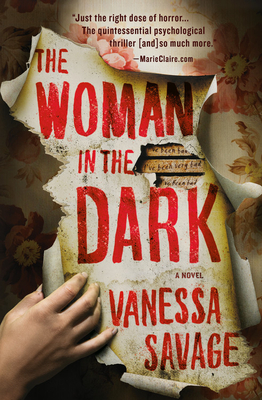 In the vein of The Couple Next Door, a debut psychological thriller about a woman who moves with her family to the gothic seaside house where her husband grew up -- and where 15 years ago another family was brutally slaughtered.

For Sarah and Patrick, family life has always been easy, until her mother's death sends Sarah spiraling into depression. When she overdoses on sleeping pills, Sarah insists it was an accident, but neither Patrick nor their teenage children believe her. Determined to give their family a fresh start, Patrick convinces her to move back to the idyllic beachside home where he grew up.
But there's a catch: The once-beautiful old house is now known as the Murder House. It has been standing empty for fifteen years, ever since another family was brutally slaughtered within its walls. Nostalgic for his childhood, Patrick is adamant that this can be their "dream home" again. Sarah tries to bring it back to its original warmth, but as locals hint that the house is haunted, the children begin having nightmares, strange writing appears on the walls, and creepy "gifts" suddenly arrive on the doorstep at odd hours. With the news that the murderer has been paroled, Sarah can't shake the feeling that something just isn't right. Not with the house, not with the town, not even with her own loving husband--whose stories about his perfect childhood suddenly aren't adding up. Can Sarah uncover the secrets of the Murder House before another family is destroyed?
With an irresistible, fog-drenched atmosphere that hides its knife-sharp twists, Vanessa Savage's THE WOMAN IN THE DARK is the perfect new read for fans of I Let You Go and The Couple Next Door, a chilling psychological thriller about a dark family dysfunction and the secrets that haunt us.

Vanessa Savage is a graphic designer and illustrator. She has twice been awarded a Writers' Bursary by Literature Wales, most recently for The Woman in the Dark. She won the Myriad Editions First Crimescompetition in 2016 and her work has been highly commended in the Yeovil International Fiction Prize, longlisted for the Bath Novel Award, and short listed for the Harry Bowling Prize and the Caledonia Fiction Prize.

A Cosmopolitan "15 Thriller Books That Will Pretty Much Guarantee You Never Get Another Good Night's Sleep" Pick
A Bustle New Gothic Books to Read This Spring If You Love The Suspenseful & Macabre
A Bookriot Highly Anticipated Crime Novels
A Bookriot Best Psychological Thrillers to Add to Your TBR in 2019
A Hello Giggles Best New Books to Read
A MarieClaire.com Best Beach Reads

"One of the best psychological thrillers of 2019"—Bookriot

"I'm weirdly drawn to murder house stories--who isn't?--and this one takes the cake. Vanessa Savage's novel about family dysfunction is the quintessential psychological thriller, the story of a husband who moves his family into his childhood home...that also happens to be the site of a family massacre (casual). Based off that alone I was expecting the plot to be a typical whodunnit, but it's so much more: The story tackles elements of mental health and domestic abuse in a provocative way, while adding just the right dose of horror."—MarieClaire.com "Must Read Books for the Beach"

"When a psychological thriller begins with a family moving into a home known as 'the Murder House,' you know it's going to be good. The Woman in the Dark will have you hooked from page one."—Hello Giggles, Best New Books of the Week

"I LOVED The Woman in the Dark by Vanessa Savage. Unputdownable thriller that I devoured in a couple of sittings. One to look forward to."—Laura Marshall, author of Friend Request

"I read this brilliantly creepy thriller in one weekend because I couldn't put it down! So scary, pacy, and compelling with a very clever twist. One I'm still thinking about now."—Claire Douglas, author of Do Not Disturb

"Creepy, atmospheric, and with a tangible sense of growing unease which powers a compelling story and keeps you turning the pages. Vanessa Savage is a name to watch and I can't wait to see what she writes next!"—Amanda Jennings, author of The Cliff House

"Atmospheric, creepy...Combines the intrigue of thrillers like The Wife Between Us and Behind Closed Doors, coupled with the delicious terror of a haunted house story."—Booklist

"A real page turner....The book has twists and turns you don't see coming and lead to a shocking climactic reveal...[Savage] will be one to watch in the future."—Red Carpet Crash

"An intense tale of deceit, treachery and loss."—The Sun