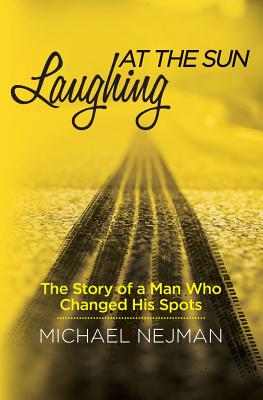 Nominated for TWO 2016 IPPY Awards (Independent Publishing) Laughing at the Sun: The Story of a Man Who Changed his Spots is a memoir about a straight man, his gay friend and the bumpy road to self-enlightenment. Chicago artist Bob Fisher convinces his best friend Michael to travel across America in a rental truck filled with his artwork in the spring of 1997. In their rolling confessional, Bob takes on the role of pseudo-therapist, as Michael tries to figure out how to face his own relationship fears and commit to disproving the old adage that "a leopard can't change his spots." Can two men - one a divorced, neurotic, former altar boy and the other an eccentric, bohemian, Jewish artist - road-trip across the country without driving each other crazy? Think Sideways meets My Dinner with Andre, and a road trip that both challenges and solidifies a friendship.

Like a lot of guys, I had this 12-year-old pleasure-seeking self always wanting to get out and distract me. My YOLO lifestyle from 1981 through 1996 led to an enthusiastic pursuit of a Ferris Bueller's Day Off spontaneity and an "I'll sleep when I die" existence. Most men grow out of this stage in their late 20s. I had matured to a point, mostly in my professional life as I had a driven and highly responsible career in the academic world. However, I guess I was a late-bloomer when it came to making mature, responsible decisions when it came to the romantic partners I pursued. After a string of failed relationships, I turned 40 and realized it was time for me to change my ways and become a better man, a better person. Much of this journey is documented in Laughing at the Sun: The Story of a Man Who Changed His Spots. I am the author of well-regarded academic works, as well as a freelance writer of life-style articles. I have written for the Chicago Tribune, Chicago Sun-Times, L.A. Times Syndicate, and Programming magazine, with some of my articles being nationally and internationally syndicated. I currently reside in a Chicago suburb with my wife.