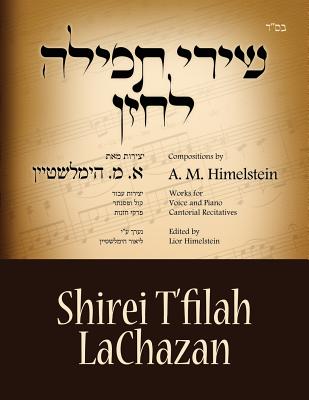 Avraham Mordechai Himelstein was born in Warsaw in 1905 where he absorbed the traditional tunes of the prayers. He attended the Warsaw State Academy, and was also very active in conducting youth choirs. In 1936, he accepted a call from Tifereth Israel Synagogue in Rowland Street, Cape Town, to act as its choir director. He was accorded excellent reviews and earned an outstanding reputation in the fields of conducting, composition and arrangement of music for cantor and choir. Himelstein regarded the continuity and fostering of chazanut and of choral shul music as a holy mission, and he devoted much time to training both cantors and choir directors in the proper nusach. Among his prot g's, are some of the best-known cantors such as Philip Badash, Benjamin Muller, and others. In later years he turned to composing chazanut for cantor and choir. Two books of his compositions, Lamnatzeach, (in 3 part harmony) and Lachazan, appeared during his lifetime (1971 and 1973.) This new publication, SHIREI T'FILAH-LACHAZAN, now consists of works for voice and piano, as well as cantorial recititives. This volume includes many unpublished compositions.