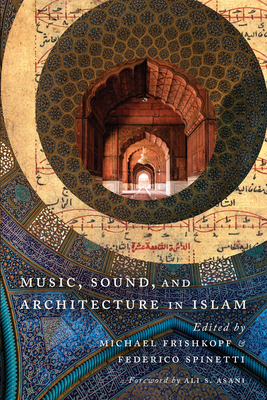 Tracing the connections between music making and built space in both historical and contemporary times, Music, Sound, and Architecture in Islam brings together domains of intellectual reflection that have rarely been in dialogue to promote a greater understanding of the centrality of sound production in constructed environments in Muslim religious and cultural expression.

Representing the fields of ethnomusicology, anthropology, art history, architecture, history of architecture, religious studies, and Islamic studies, the volume’s contributors consider sonic performances ranging from poetry recitation to art, folk, popular, and ritual musics—as well as religious expressions that are not usually labeled as “music” from an Islamic perspective—in relation to monumental, vernacular, ephemeral, and landscape architectures; interior design; decoration and furniture; urban planning; and geography. Underscoring the intimate relationship between traditional Muslim sonic performances, such as the recitation of the Qur’an or devotional songs, and conventional Muslim architectural spaces, from mosques and Sufi shrines to historic aristocratic villas, gardens, and gymnasiums, the book reveals Islam as an ideal site for investigating the relationship between sound and architecture, which in turn proves to be an innovative and significant angle from which to explore Muslim cultures.

MICHAEL FRISHKOPF is a professor of music and Director of the Canadian Centre for Ethnomusicology at the University of Alberta. He is the editor of Music and Media in the Arab World.

FEDERICO SPINETTI is a professor of ethnomusicology at the University of Cologne. He is the editor of Giuseppe Donizetti Pasha: Musical and Historical Trajectories between Italy and Turkey.

This volume presents a compelling case for increased attention to sound as both a design principle and a primary factor that shapes the social utility of built environments....the chapters provide a powerful demonstration of the multifaceted ways that the interaction between sounds and surfaces can hold meaning for the people who create, experience, and transform them...The difficult task that the editors have undertaken to create a multidisciplinary and multisensory exploration of sound and space is accomplished admirably while leaving room for further exploration of sound and space in Islamic cultures that were not included in the volume.
— Ethnomusicology