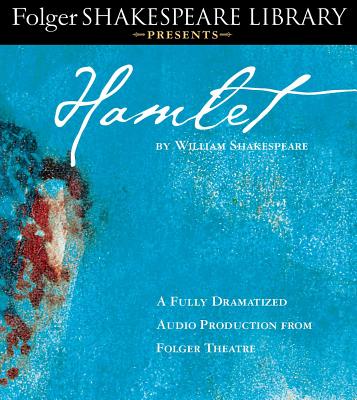 Hamlet—Shakespeare’s most popular, and perhaps most puzzling play—follows the form of a “revenge tragedy,” in which the hero, Hamlet, seeks vengeance against his father’s murderer, his uncle Claudius, now the king of Denmark. Much of its fascination, however, lies in its uncertainties.

This new full-cast recording—based on the most respected edition of Shakespeare’s classic—expertly produced by the Folger Theatre, is perfect for students, teachers, and the everyday listener.

The Folger Shakespeare Library is a world-renowned research center on Shakespeare and on the early modern age in the West. Its conservation lab is a leading innovator in the preservation of rare materials. Its well-known public programs include plays, concerts, literary readings, family activities, and exhibitions, as well as numerous programs for students and teachers. The Folger also publishes the illustrated, completely re-edited Folger Editions of Shakespeare's plays, award-winning exhibition catalogs, and the journal Shakespeare Quarterly. The Folger opened in 1932 as a gift to the American nation from Henry Clay Folger and his wife Emily Jordan Folger. It is administered by a Board of Governors under the auspices of Amherst College, Henry Folger’s alma mater.