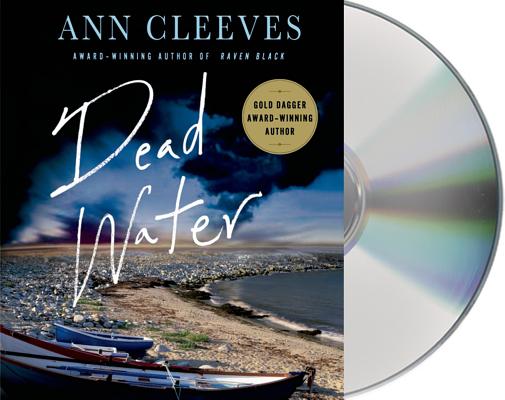 By Ann Cleeves, Kenny Blyth (Read by)
Email or call for price
Hard to Find - Inquire at Store

This is book number 5 in the Shetland Island Mysteries series.

Ann Cleeves returns to her critically acclaimed Shetland Island series with this stunning mystery featuring Inspector Jimmy Perez, who readers will remember from Raven Black, White Nights, Red Bones, and Blue Lightning. When the body of a journalist is found, Detective Inspector Willow Reeves is drafted from outside to head up the investigation. Inspector Jimmy Perez has been out of the loop, but his local knowledge is needed in this case, and he decides to help Willow. The dead journalist had left the islands years before to pursue his writing career. In his wake, he left a scandal involving a young girl. When Willow and Jimmy dig deeper, they realize that the journalist was chasing a story that many Shetlanders didn't want to come to the surface. In Dead Water, a triumphant continuation to her Shetland series, Ann Cleeves cements her place as one of Britain's most successful crime writers.

The first Shetland novel, Raven Black, won the CWA Gold Dagger for best crime novel, and Ann was awarded the CWA Diamond Dagger in 2017. She lives in the UK.

“Cleeves returns to a sea-bound land of crofters' cottages, barren rocks and fog, especially the fog surrounding the murders...the well-constructed procedural grains another dimension from Jimmy's re-engagement with his work and his life.” —Kirkus Reviews

“Cleeves has an unusually deft hand with characters; not one of them seems purely plot functional, and Perez's character keeps deepening with each book. The rough islands cresting the Atlantic fit the bleakness of the murders depicted here. This series is one of two that Cleeves has going; the other stars Northumberland detective Vera Stanhope and is a hit BBC series.” —Booklist (starred)

“Nothing short of riveting.” —Louise Penny

“Creates a dark enough mood to keep you straining to see what will come to light next.” —People

“In true Christie fashion, Cleeves once more pulls the wool over our eyes with cunning and conviction.” —Colin Dexter

“Gripping from start to finish.” —Booklist

“If you're a fan of Frances Fyfield, Minette Walters, or Val McDermid, get to know Cleeves.” —The Globe and Mail (UK)