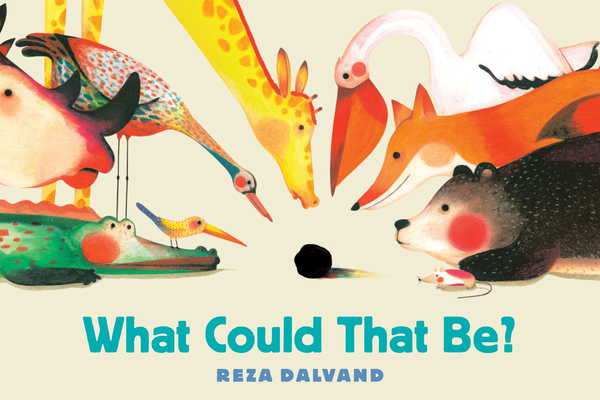 This beautifully illustrated picture book from Iranian artist Reza Dalvand leads readers on a guessing game that will inspire imagination!
On the edge of a clearing in the woods there's something mysterious lying on the ground. What on earth could it be? The raven thinks it is a piece of star fallen from the sky. The leopard fears he has lost his own spot! The cat thinks it's her poo and buries it. The fox simply has no idea what it could be. What do you think it is?

Reza Dalvand was born in 1989 in the Iranian city of Andimeshk. As a child he had but one idea in his head: to draw. After studying graphic design at Isfahan University of Art, he completed a master's degree in illustration at the University of Tehran. He has published more than 15 picture books in Iran, Europe, and Asia. He is a member of the Iranian Society of Illustrators and has participated in many national and international exhibitions from countries around the world, including UK, Japan, Iran, Korea, Italy, UAE, Ukraine, and Surbia, and his work was showcased at the Bologna Book Festival in 2018. Reza lives in Tehran.