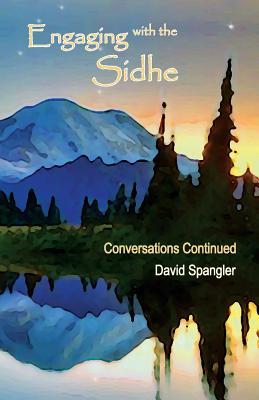 In 2011, David Spangler was unexpectedly contacted by a non-physical woman who identified herself as one of the Sidhe (pronounced shee), a legendary race of beings known to the ancient Celts as the People of Peace among other names.

The woman said she was part of a project to encourage and assist more contact between her people and humanity. To this end, she presented David and his colleague Jeremy Berg with an outline for a set of cards that could be used to facilitate such contact. The result was The Card Deck of the Sidhe published by Lorian Press LLC that same year.

This Sidhe woman who headed up this project had a name which David could not pronounce or replicate in English, so she said he could call her "Mariel." The contact with her was not a regular event, but over the next decade, they had several conversations together, most of which were collected and published in 2014 in a book titled Conversations with the Sidhe. This book contains much introductory material explaining who Mariel is and the nature of the Sidhe themselves, with whom we humans apparently share an ancient, distant ancestor.

As more people have been using the Card Deck of the Sidhe or have read about the Sidhe, David has gotten many enquiries about what it means to engage with these beings. How can they help us? How can we help them? What does it mean to work with the Sidhe in our daily lives? How can we contact them? And, of course, there is always a curiosity about who they are and how they live.

These are questions that David had as well. During the years since Conversations with the Sidhe was published, he continued to have contact with Mariel. This book is a compilation of the further conversations between Mariel and David on a variety of topics.