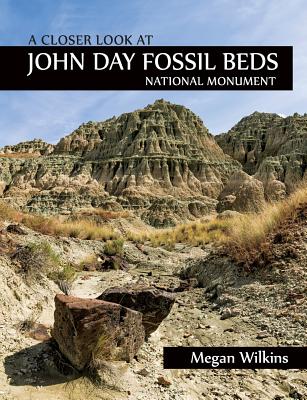 Hidden among the sagebrush dotted hills of eastern Oregon is one of the world's premiere fossil sites. Once inhabited by tiny horses, massive brontotheres, and 'terminator-pig' entelodonts, the John Day River basin is now home to the Northwest's most colorful badlands and holds unparalleled paleontological evidence in its rock layers. The John Day Fossil Beds National Monument preserves a singular and extraordinary record of evolutionary and climactic change spanning almost 50 million years of the Age of Mammals.

A Closer Look at John Day Fossil Beds National Monument expands on themes from the displays and exhibits at the monument's Thomas Condon Paleontology Center. Readers can explore the region's dramatic changes over time in a journey through the rock layers in this compact and visually compelling story delivered in an engaging style by author and Park Ranger Megan Wilkins.

Oregon settlers began gathering and cataloging fossil samples from the area as early as the 1860s, and after more than a century and a half of investigation, incredible new finds still emerge. Although the John Day story holds unknown chapters still to be written, much of what we know today is captured within the pages of A Closer Look at John Day Fossil Beds National Monument.