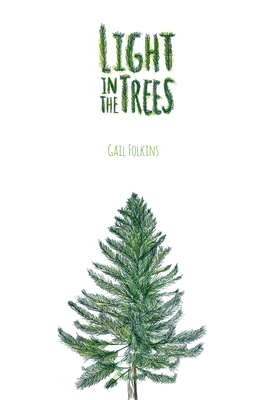 A memoir of home, nature, and change in the American West, Light in the Trees makes cultural and environmental topics personal through a narrator's travels between past and present, rural and urban. Growing up on a mountain foothill in western Washington, Gail Folkins offers a small-town viewpoint of the Pacific Northwest. Sasquatch myths and serial killer realities, a runaway Appaloosa, and turbulent volcanoes beneath serene mountaintops help chronicle a coming of age for both a narrator and a place. Later, a move to the Southwest expands Folkins's view of the West. From this new perspective paired with frequent journeys to the Northwest, she explores challenges of the natural world, from wildlife habitat and water quality to a changeable climate and wildfires, navigating new versions of home and self along the way.

Gail Folkins often writes about her roots in the American West. Her nonfiction book "Texas Dance Halls: A Two-Step Circuit "(TTUP, 2007) was a popular culture finalist in "ForeWord""Reviews" s 2007 Book of the Year awards, while her essay A Palouse Horse was a Notable Essay in "The""Best American Essays 2010."