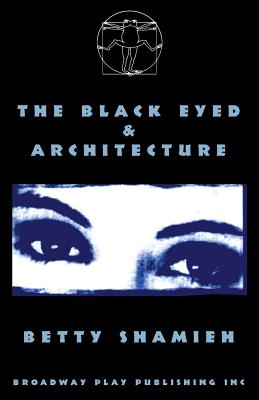 This collection includes one full-length play, THE BLACK EYED, and one short play, ARCHITECTURE. THE BLACK EYED: Four Arab women from across the ages meet in the afterlife. As these characters - who include the Biblical Delilah and a secular modern Arab-American - struggle to come to terms with their lives and their choices, this shockingly funny play skewers traditional views on sex, family, and terrorism. ARCHITECTURE: A short play based on the character of the Architect from the play THE BLACK EYED. "A gorgeously conceived and realized drama ... Shamieh's] theatrical imagination, in its agility and its urgency, brings to mind Tony Kushner, whose faith in eloquence as an instrument of change is echoed here." -The New Yorker "Shamieh's writing is powerful Violence haunts the four Palestinian women occupying an anteroom of the afterlife ... these souls in Samuel Beckett-like transit are The Black Eyed which happens to be the title of Betty Shamieh's provocative theater piece." -International Herald Tribune "A chillingly beautiful piece about the relationship between seduction and violence " -San Francisco Weekly "From its first words, Shamieh's play grabs you and won't let go." -Oakland Tribune "Shamieh's writing is thoughtful, her perspective informed." -The New York Times.