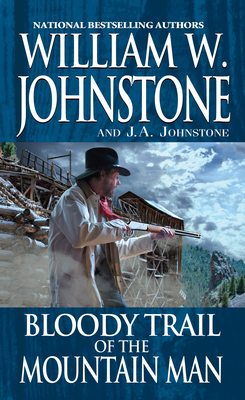 This is book number 49 in the Mountain Man series.

If there’s one thing Smoke Jensen hates, it’s a man who fights dirty. And no one fights dirtier than a politician. Especially a lying, cheating, no-good grifter like Senator Rex Underhill. Luckily, with another election coming up, this senatorial snake in the grass has some serious competition: Smoke’s old friend, Sheriff Monte Carson. Carson’s an honest man, and he’s got Smoke’s full support. But Underhill’s got support, too: a squad of hired guns ready to hit the campaign trail—and stain it red with blood . . .

Swapping bullets for ballots, Underhill’s henchman make it all too clear that Sheriff Carson is not just a candidate on the rise, he’s a target on the run. But with Smoke’s grassroots support—and lightning-fast trigger—he manages to stay alive in the race. That is, until Carson’s righteous campaign takes a near-fatal turn when the Senator Underhill tricks his opponents, traps them in a mine, and literally buries the sheriff’s political ambitions. When the going gets tough, Smoke gets even. When this game turns deadly, it’s winner kills all . . .

William W. Johnstone is the New York Times and USA Today bestselling author of over 300 books, including the series THE MOUNTAIN MAN; PREACHER, THE FIRST MOUNTAIN MAN; MACCALLISTER; LUKE JENSEN, BOUNTY HUNTER; FLINTLOCK; THOSE JENSEN BOYS; THE FRONTIERSMAN; SAVAGE TEXAS; THE KERRIGANS; and WILL TANNER: DEPUTY U.S. MARSHAL. His thrillers include BLACK FRIDAY, TYRANNY, STAND YOUR GROUND, and THE DOOMSDAY BUNKER. Visit his website at www.williamjohnstone.net or email him at dogcia2006@aol.com.

Being the all-around assistant, typist, researcher, and fact checker to one of the most popular western authors of all time, J.A. Johnstone learned from the master, Uncle William W. Johnstone.

“Every day with Bill was an adventure story in itself. Bill taught me all he could about the art of storytelling. ‘Keep the historical facts accurate,’ he would say. ‘Remember the readers, and as your grandfather once told me, I am telling you now: be the best J.A. Johnstone you can be.’”