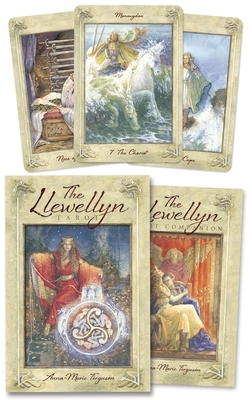 Anna-Marie Ferguson, a Scorpio, was born November 10, 1966, in the heart of the New Forest, Hampshire, England. When she was ten years old her family emigrated to rural Alberta, Canada. Anna returned to England in 1982 to undergo training in graphic design. She eventually returned to Alberta, where she continued a career in design, devoting her spare time to developing her illustrating skills, ably assisted by her three cats. Anna's fascination with Celtic legends and the Tarot began when she was a child in England. The atmosphere of the New Forest was steeped in history, and faithful readings of the legends cultivated an appreciation of the romantic in Anna. Such formative influences have inspired Anna to keep this bygone age alive through her art.