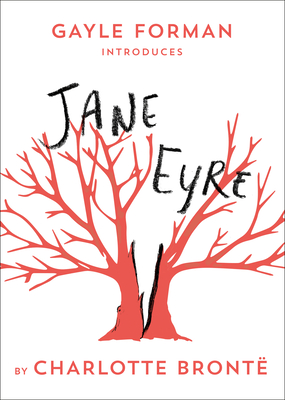 By Charlotte Bronte, Gayle Forman (Introduction by)
$9.99
On Our Shelves Now

As an orphan, Jane has a childhood full of trouble, but her sense of self and stubborn independence help her to steer through the miseries inflicted by cruel relatives and a brutal school. A position as governess at Thornfield Hall promises a kind of freedom. But Thornfield is a house full of secrets, its master a passionate, tomented man. When she falls in love with her sardonic employer, Jane faces her greatest struggle, in a choice between love and self-respect.

CHARLOTTE BRONTË lived from 1816 to 1855. In 1824 she was sent away to school with her four sisters and they were treated so badly that their father brought them home to Haworth in Yorkshire. The elder two sisters died within a few days, and Charlotte and her sisters Emily and Anne were brought up in the isolated village.

Once Charlotte’s informal education was over she began to work as a governess and teacher in Yorkshire and Belgium so that she could add to the low family income and help to pay for her brother Branwell’s art education. The three sisters all began to write more seriously and published a book of poetry in 1846 under male pen names – there was a lot of prejudice against women writers. The book was not a success and the sisters all moved on to write novels. Charlotte’s best-known book, Jane Eyre, appeared in 1847 and was soon seen as a work of genius.

GAYLE FORMAN is an award-winning, internationally bestselling author and journalist. Her #1 New York Times bestselling novel If I Stay was adapted into a film starring Chloë Grace Moretz. Gayle is also the author of several other bestselling novels, including Where She Went, I Was Here, the Just One series, Leave Me, and I Have Lost My Way. She lives in Brooklyn, New York, with her husband and daughters.