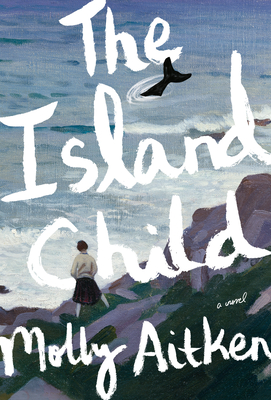 A spellbinding, deeply felt debut novel--soaring and poignant--about passion, freedom, motherhood, and the power to shape our destinies.

Oona grew up on the island of Inis: a wind-blasted rock off the coast of Ireland where the men went out on fishing boats and the women tended turf fires; where the only book was the Bible; and where girls stayed at home until they became mothers themselves. The island was a gift for some, a prison for others. Even as a child, Oona knew she wanted to leave, but she never could have anticipated the tumultuous turn of events that would ultimately compel her to flee. Now, after twenty years--after Oona has forged a new, very different life for herself--her daughter vanishes, forcing Oona to face her past in order, finally, to be free of it. Heralding a singularly gifted new voice in fiction, The Island Child is a timeless story of birth and betrayal, storms and shipwrecks and fairy children, and the weight of long-buried secrets.

MOLLY AITKEN was born in Scotland in 1991 and brought up in Ireland. She has an MFA in Creative Writing from Bath Spa University where she was awarded the Janklow and Nesbit Prize for her novel. She was shortlisted for Writing Magazine's fairy tale retelling prize and has a story in the Irish Imbas Celtic Mythology Collection 2017. She lives in Sheffield, England.

“An exquisite debut from an exciting new voice in Irish fiction . . . There’s a lot to love about The Island Child . . . Aitken’s prose is more generous—and more old-fashioned—than that of her fellow countrywoman, Sally Rooney . . . She writes with particular power when her characters are in extremis. This could so easily have been overdone. Aitken takes it right to the line, and no further—that is a real skill.”—Ella Cory-Wright, The Telegraph

“A dreamy fairy tale winds its way through this moody story of loss and redemption.”—Barbara Love, Library Journal

“Aitken brings a gut-pummelling mix of folklore, feminism and psychological trauma to her wild debut tale of mothers impelled to take out on their daughters the sins committed against them.” —Claire Allfree, Daily Mail

“Aitken’s evocative prose immerses us in island life . . . The novel excels at depicting [these] hermetic communities and liminal landscapes . . . Oona is a wonderful creation, alive on the page . . . The success of the book is the vibrancy of its writing and narrative voice. Readers will be carried along by Oona whose struggles are full of pathos.”—Sarah Gilmartin, Irish Times

“A confident tale of generational conflict and continuity . . . Inspired in part by Irish folklore and in part by Persephone, this is a story steeped in fable, but also inescapably rooted in the real world.”—Irish News

“The Island Child is an evocative and original tale exploring motherhood, told in rich, beautiful prose. A wonderful debut.”—Jenny Quintana, author of The Missing Girl

“It’s a rare pleasure to come across quite such an accomplished novel as The Island Child. This is a work positively brimming with pathos and emotion, articulated in truly exquisite prose. Oona is a captivating narrator. She’s alive on the page.” —Nathan Filer, author of The Shock of the Fall

“The Island Child is the story of a mother’s relationship with a misbegotten daughter, sensitively and subtly told.”—Fay Weldon, CBE, award-winning author of 34 novels

“A magical, elemental tale. Exploring loss and love, motherhood and freedom and the transformative power of stories, The Island Child is a wonderful debut.” —Jess Kidd, author of Himself, The Hoarder, and Things in Jars

“Aitken stitches together many themes—folk-legend, family saga, love story, coming of age tale. The result is the sort of book you want to sink into a hot bath with and not emerge until it’s finished.” —Rowan Hisayo Buchanan, author of Harmless Like You and Starling Days

“A beautiful wrench of a book. I can still feel it tingling under my skin.” —Katie Hale, author of My Name Is Monster

“I read The Island Child in a day, and I know I’ll be coming back to it. It reads like a dream. Written in quietly sorcerous prose, this novel combines the uncluttered abstraction of a fable with the odd calamitous detail. Like the casts of fairy stories, Aitken’s characters can stand for as much as you want them to—but they’re also fully realised individuals who come to you through peeks and glances, so that without being able to pinpoint how it happened, you know them, and feel you always have. This is a thrillingly original debut, and I can’t wait to see what Aitken does next.”—Naoise Dolan, author of Exciting Times

“Think Angela’s Ashes magnified . . . I still cannot tell whether I liked or hated Oona, and that alone makes The Island Child unique and worth reading. Aitken’s writing makes it more worthwhile . . . To read a writer as skilled as Aitken is a pleasure and the sincere hope is that she has more novels in her.”—Drew Gallagher, Fredericksburg Freelance-Star

“Unsettling . . . Oona’s supposed ‘badness’ seems to be composed of all that is normal for a girl: her wilfulness, her curiosity and desire to explore, her sexuality . . . However hellish Oona’s childhood on Inis might have been, the worse hell is the one she created by, like her mother, tucking her truths deep inside herself. By following her daughter back to Inis, she finds her way out.”—Rachael Nevins, Ploughshares

“A fevered intensity drives British writer Aitken’s debut . . . A mother’s quest to find her estranged daughter is wrapped around another, earlier mother-daughter story of secrets and superstition, violence and desperation, rooted on a wind-whipped island . . . Aitken’s lyrical voice evokes the perilous fishing community and the harsh beauty of the island.”—Kirkus Reviews