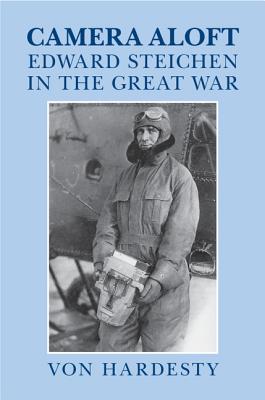 Edward Steichen (1879-1973) played a key role in the development of photography in the twentieth century. He is well known for his varied career as an artist, a celebrated photographer, and museum curator. However, Steichen is less known for his pivotal role in shaping America's first experiments in aerial photography as a tool for intelligence gathering in what may be called his "lost years." In Camera Aloft, Von Hardesty tells how Steichen volunteered in 1917 to serve in the American Expeditionary Forces (AEF). He rose rapidly in the ranks of the Air Service, emerging as Chief of Air Photography during the dramatic final offensives of the war. His photo sections were responsible for the rapid processing of aerial images gained through the daily and hazardous sorties over the front and in the enemy rear areas. What emerged in the eighteen months of his active service was a new template for modern aerial reconnaissance. The aerial camera, as with new weapons such as the machine gun, the tank, and the airplane, profoundly transformed modern warfare.