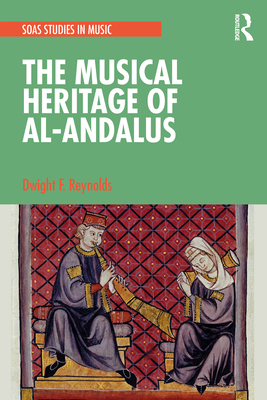 The Musical Heritage of Al-Andalus is a critical account of the history of Andalusian music in Iberia from the Islamic conquest of 711 to the final expulsion of the Moriscos (Spanish Muslims converted to Christianity) in the early 17th century. This volume presents the documentation that has come down to us, accompanied by critical and detailed analyses of the sources written in Arabic, Old Catalan, Castilian, Hebrew, and Latin. It is also informed by research the author has conducted on modern Andalusian musical traditions in Morocco, Algeria, Tunisia, Egypt, Lebanon and Syria.

While the cultural achievements of medieval Muslim Spain have been the topic of a large number of scholarly and popular publications in recent decades, what may arguably be its most enduring contribution - music - has been almost entirely neglected. The overarching purpose of this work is to elucidate as clearly as possible the many different types of musical interactions that took place in medieval Iberia and the complexity of the various borrowings, adaptations, hybridizations, and appropriations involved.

Dwight F. Reynolds is Professor of Arabic Language and Literature at the University of California, Santa Barbara, and author of numerous publications, including the co-editorship of our own award-winning The Garland Encyclopedia of World Music, Volume 6: The Middle East, published in 2002, with Virginia Danielson and Scott Marcus.