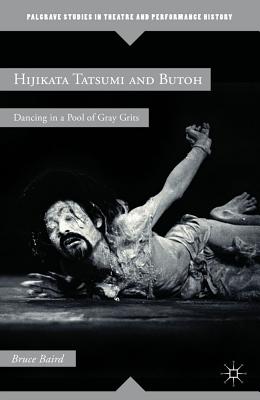 Hijikata Tatsumi's explosive 1959 debut Forbidden Colors sparked a new genre of performance in Japan - butoh: an art form of contrasts, by turns shocking and serene. Since then, though interest has grown exponentially, and people all over the world are drawn to butoh's ability to enact paradox and contradiction, audiences are less knowledgeable about the contributions and innovations of the founder of butoh. Hijikata Tatsumi and Butoh traces the rollicking history of the creation and initial maturation of butoh, and locates Hijikata's performances within the intellectual, cultural, and economic ferment of Japan from the sixties to the eighties.

Bruce Baird is Assistant Professor of Asian Language and Literature at the University of Massachusetts-Amherst, USA.

"The book is a veritable treasure trove of information and reflects the many years it took to complete the project . . . it is also a book which rewards the curious reader who wants to learn about postwar Japan from a different perspective." - Tokyo Notice Board

"A meticulously researched description and analysis of Hijikata's most significant choreographic and textual productions . . . Hijikata Tatsumi and Butoh is a major contribution to the Anglophone literature on butoh, particularly through its extensive referencing and explication of archival materials and texts not available outside of Japan. For scholars of postwar avant-garde Japanese arts, Baird's work brings dance fully into the conversation, particularly with literature and visual art. For butoh dancers, this book is significant for the way Baird challenges the mystification and mythologizing that has grown up around Hijikata (and was indeed often generated by Hijikata himself) . . . Baird presents his readers with the many socially constructed layers of Hijikata that influenced and were reflected in his productions (e.g., the Tohoku of his childhood, Tokyo in the 1960s and 1970s, Japanese and European surrealists and avant-garde artists), while leaving open the possibility of other interpretations. This openness to interpretation is Hijikata Tatsumi and Butoh's greatest gift." - Asian Theater Journal