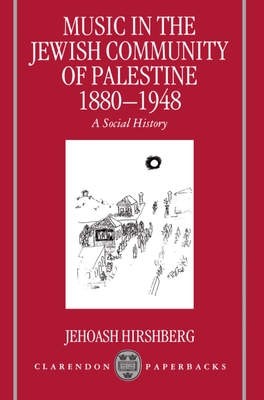 This book presents a social history of the music of the Jewish community in Palestine from the beginnings of Jewish immigration to Palestine in 1880 to the declaration of the State of Israel in 1948. The story is a fascinating case study of a small society of immigrants and refugees who established an internationally recognized professional musical establishment against the backdrop of two world wars, the absorption of successive waves of immigrants, local skirmishes, and a full-scale national war. Though under Ottoman and later British rule, Jewish society in Palestine was virtually autonomous in cultural matters; its musical culture struggled for a balance between a transplanted European heritage and a powerful, ideologically driven desire to find inspiration from the East. Hirshberg opens with a description of music in Palestine under Ottoman rule, and then proceeds to chart the momentous history of the next seventy years in a broadly chronological framework. His final
chapters center on the broad array of ideological and social polemics which dominated the musical scene for the entire period.