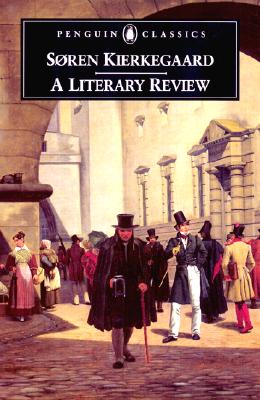 By Soren Kierkegaard, Alastair Hannay (Translated by)
$16.00
Email or call for price.

While ostensibly commenting on the work of a contemporary novelist, Kierkegaard used this review as a critique of his society and age. The influence of this short piece has been far-reaching. The apocalyptic final sections are the source for central notions in Heidegger's Being and Time. Later readers have seized on the essay as a prophetic analysis of our own time. Its concepts have been drawn into current debates on identity, addiction, and social conformity.

S¢ren Kierkegaard (1813-55) was born in Copenhagen, the youngest of seven children. His childhood was unhappy, clouded by the religious fervour of his father, and the death of his mother, his sisters and two brothers. Educated at the School of Civic Virtue, he went on study theology, liberal arts and science at university, gaining a reputation for his academic brilliance and extravagant social life. He began to criticize Christianity, and in 1841 broke off his engagement to concentrate on his writing. Over the next ten years he produced a flood of works, in particular twelve major philosophical essays, many written under noms de plume. By the end of his life he had become an object of public ridicule, but he is now enjoying increasing acclaim.